Skip to content
For the form we used hard plastic to fold a diamond shaped form.
When mixing we realised it was too dry, so we added water little by little, eventually ending up with twice the suggested amount.
We thought that the slurry would be able to flow through the aggregate, but when we took it out of its form only the upper half had successfully been shaped after the form, the lower part was unfortunately not reached by the slurry. 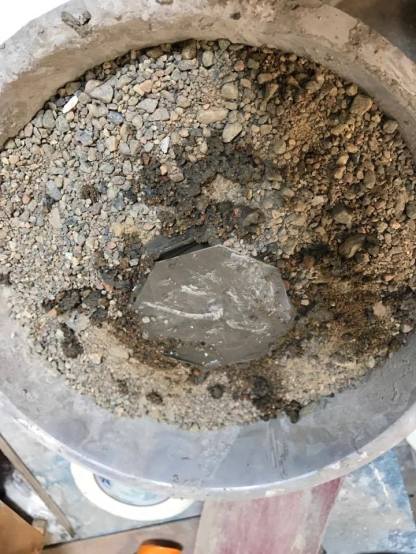 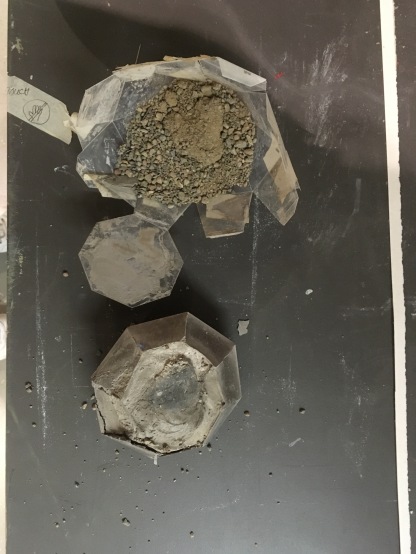